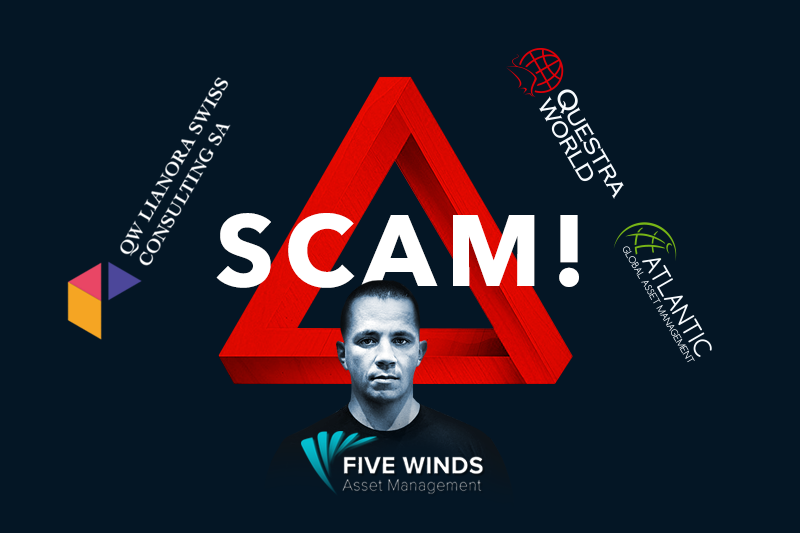 For several months, scams have been operating under the names Five Winds Asset Management and QW Lianora Swiss Consulting. The reason for these changes was several criminal cases instituted against Krymov by the Department of Internal Affairs of the Republic of Kazakhstan. The founder of the pyramids, citizen of Ukraine Pavel Gennadievych Krymov, born in 1975, convicted under the art. 190 part 4 of the Criminal Code of the Republic of Kazakhstan—fraud in a particularly large amount.

Every day the number of people who lost their money in the pyramid Five Winds Asset Management only increases. What shall the deceived investors do? The answer contains in this video.

Also we remind that the recognition of the German partner has already been published and the materials of detectives have been posted, from which we can see that Pavel Krymov spent the funds stolen in Five Winds Asset Management. These are yachts, expensive cars and elite real estate all over the world. Only the Latvian fleet of criminal consists of Porsche Panamera that costs 108,000 US Dollars, two Mercedes GL valued at 96,000 US Dollars and a Jeep Grand Cherokee valued at 68,000 US Dollars. Prior to Questra, the fraudster’s fortune was estimated at 30 million US Dollars. Judging by the scale of Five Winds Asset Management and QW Lianora Swiss Consulting his current capital has become tens of times larger.

The brightest event of the new year in the area of...